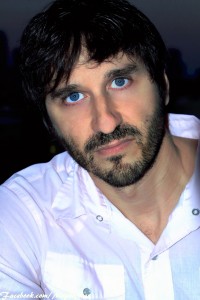 Nicholas Tana is a published author and an award-winning playwright. He served as a Production Assistant for KAET Channel 8 in Tempe, Arizona while attending Arizona State University.  Nicholas graduated with Honors earning a B.A. in English and a double minor in Business and Spanish. Upon graduation, he served as Associate Director for ESPN before starting his own production company, Smart Media L.L.C., for which he has written, produced, and directed numerous commercials. Nicholas published a one-act play called “The Nun the Bum and the Gun” in The Rockford Review, which won the Short & NEAT One Act Play Festival in 2000 as well as The Arts in The Park award in 2002.  He has worked as a contributing writer for the fashion magazine 944 and movie and entertainment magazine Moving Pictures. 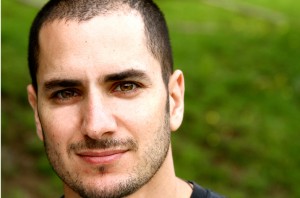 Eric has been working in film and video since 1999. In 2001 he founded Jaffle Productions with the goal of creating a film production company capable of developing projects from conceptualization through distribution. Working under the auspices of Jaffle, Eric has written, shot, directed, edited and produced numerous shorts, music videos, web promos and corporate videos; serving a diverse clientele including BMW, WebVisible and international recording artists: The Gorillaz and Vanessa Amorossi.

In 2006 Eric completed production on his first feature film, the award winning comedy entitled CallBack, which he wrote, directed, produced and edited. CallBack has participated in fourteen festivals all over the world and won several Best Picture, Best Director and Best Actor awards.

In addition to his work as a producer and editor on Sticky, Eric has spent several years developing the documentary and writing the narrative adaptation of Jay Warner’s biography of the Prisonaires, a prison vocal group from the 50’s, entitled Just Walkin’ in the Rain. Eric’s strength as a director and producer lies in his understanding of the entire process of filmmaking from conception to distribution. 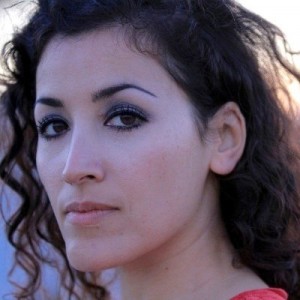 Denise Acosta has an extensive background in media production, marketing, and design, and is a proud member of the National Association of Latino Independent Producers. Ms. Acosta began her production career working in TV entertainment as part of the commercial production team for a CBS station, in Arizona. It was at CBS, where she produced, directed, and edited several commercials, as well as assisted in the production of multiple news segments.

After leaving CBS to study film at the Los Angeles Film School, Denise Acosta was quickly recruited to work for the multi-media production and marketing company Smart Media. While at Smart Media, Ms. Acosta produced and edited all training and development videos for a major fortune 500 client before starting her own production company, Turtle Dog Productions. Denise worked as Co-Producer to help complete production on “Sticky: A Self) Love Story,” while simultaneously finishing her first feature film “Hell’s Kitty” based on an award winning web-series she produced. The “Hell’s Kitty” feature boasts more horror icons than any movie in history. Ms. Acosta is excited to have two movies scheduled for release in 2016. 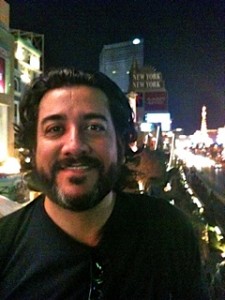 Johann Martinez studied film at The School of Visual Arts in  NYC. After graduating, he was hired as a Studio Manager by one  of the Broadcasting’s Hall of Fame commercial directors, Neil  Tardio. It was at Neil Tardio Productions that he got his first  industry experience working professionally as an editor. This  experience e included editing resume reels for directors. Shortly  thereafter, Johann Martinez began editing music videos for GPA  Films. For GPA Films, he edited the music video, “The Points” for  the major motion picture, “Panther,” which featured several  future hip­hop stars such as Biggie Smalls, Busta Rhymes, Coolio, Redman, Method Man and many more. “The Points” screened for over a year on MTV’s heavy rotation.

Johann was then hired by WAMI­TV, Barry Diller’s flagship USA Broadcasting station, located in Miami, Florida. There he worked as a Tape Editor for the station’s live news magazine show, “The Times.” Johann currently resides in Los Angeles, CA, where he works as a freelance editor. He has worked on numerous music videos, web­series, commercials and industrials. He has recently completed editing his second feature film. His greatest strengths as a filmmaker is his ability to communicate and contribute as a team player on any given project.